As with so many others I lived the gradual changes in Athens during the country’s not-so-gradual fiscal demise, as the city became a new and extraordinary site of collective grief and rage. The city’s walls in particular, and its surfaces more generally, expressed polyphonies of resistance, complaint, subversion, and humor. END_OF_DOCUMENT_TOKEN_TO_BE_REPLACED

When delving into the history of modern Greece, one fact that surely stands out in the mind of the student is the recurring theme of emigration and domestic depopulation. At what seem to be almost regular intervals, political, economic, social and other factors and considerations spur a new wave of Greeks to migrate, either internally (from rural to urban areas) or beyond the borders of the country, to foreign lands, both near and far.

Thus, the post-2008 ‘Greek crisis’ period may be viewed as simply constituting but the latest instalment in the history of Greek mass emigration.

END_OF_DOCUMENT_TOKEN_TO_BE_REPLACED 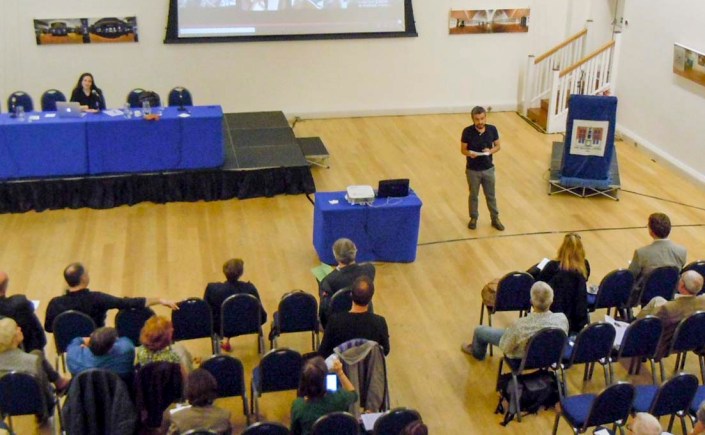 This event, organised jointly by the Universities of Birmingham and Oxford with the support of the Hellenic Centre, marked the 40th anniversary since the fall of the junta in Greece and examined how the crisis has led Greeks to rethink political attitudes, cultural discourses and conceptions of identity established since 1974. It took place at the Hellenic Centre in London on Saturday 20 September 2014.

Closing remarks and roundtable discussion on the crisis with the participation of research students: